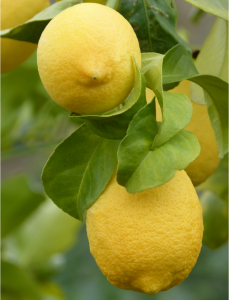 You know that saying, “When life gives you lemons, make lemonade?”

Lately, life has been giving me a lot of back pain. I’ve had a bad SI joint for about five years, and a July 2017 road trip messed it up again. It took the physical therapist most of August to get it in proper alignment and moving smoothly again. Then in September, I noticed some pain in the back of my leg. I thought it was just a strained muscle, but it turned out to be a herniated lumbar disc. Then in October, the pain got worse. It stayed that way until . . . well, it still feels that way. But I had back surgery last week, so it should get better soon.

The pain is along my sciatic nerve, and it’s usually at its worst in the morning. Quite often it wakes me up early. Sometimes really early. After a few weeks of lying in bed, hoping to find a more comfortable position and fall back asleep, I finally gave up. I decided to get out of bed and do something useful when the pain woke me up. At first that involved finishing off novel #8, and getting it to a second draft state. But since novel #8 is connected to novel #7, and since novel #7 is currently homeless, I decided to leave novel #8 in a rough state, and work on something else.

I had an idea for a murder mystery that I thought would be fun to write. So I started it on December 11. I had most of it plotted out in my head—or at least the first half and the last few chapters. There were still a few fuzzy parts, but I figured those out eventually too, and connected everything up into a rough draft on January 15. That’s five weeks from a blank document to a full (if rough) story, working when I had time, six days a week.

I’ve never written a novel that quickly. This one is a murder mystery instead of a historical fiction piece, so the research was comparatively light. And this one doesn’t have any battles, and those always take me a long time to write. It’s also on the short side. I think it will grow during revisions to somewhere between 75,000 and 80,000 words. Most of my historical fiction novels are in the 95,000 to 110,000 range. I also found more time for writing, because I was waking up ridiculously early. Sometimes those early morning sessions were all I got for the day, and I’d take a nap while my youngest took his. But often once I’d started, I be drawn back to the story and I’d want to keep working on it.

So I guess the point of this blog post is that sometimes things in life aren’t ideal. You can take lemons, and make lemonade. You can take back pain, and write a novel at what feels like warp speed. Life is often hard, but that doesn’t mean you can’t find a silver lining if you search hard enough.

And, in case you’re wondering, here’s what book #9 is about. Keep in mind that the book is still a rough draft, and so is this blurb:

Evelyn Hampton started falling for Gary Redhawk the day he walked into Redgrave University’s admissions office. The quiet Native American, a WWII veteran with a troubled childhood and a traumatic war experience, is doing his best to work his way through college with the help of the GI Bill. Despite the ghosts of the past, the promise of the future seems bright for Gary and Evelyn.

Everything changes when Evelyn’s father is murdered. The whole town knows Gary did it. All the evidence points to him. The only question is if was premeditated, or if Gary Redhawk killed Professor Hampton in some type of psycho-neurotic flashback. Convinced of her boyfriend’s innocence, Evelyn sets out to prove Gary isn’t the murderer. But when a series of unexplained accidents start affecting those closest to her, Evelyn begins to fear for her own life. If Gary didn’t kill her father, who did? And who will the killer strike next?

(The name Gary Redhawk might sound familiar, because he made an appearance as Private Redhawk (aka Red) in the POW camps of Defiance. There won’t be any need to read Defiance before reading this one; it’s a stand-alone book, and it’s not even the same genre. But you should read Defiance. It’s really good.)

And now I will get back to icing my back and revising my murder mystery.

Published by A. L. Sowards

View all posts by A. L. Sowards